Born on the 15th of July 1960 in Kazaure, Jigawa State, Dr. Kazaure holds undergraduate and postgraduate degrees  as well as doctorate degree in Chemistry from Bayero University, Kano between 1985 to 1996.

He began his working career in 1987 as a teacher with the Government Secondary School, Kazaure. He has also taught at the Jigawa State College of Education, Gumel as well as at Bayero University, his alma mater, where he was at various times Head of Department of Polymer Chemistry and Deputy/Acting Dean of Students Affairs. Dr. Kazaure became the Rector and Chief Executive of the then state- owned Hussaini Adamu Polytechnic, Kazaure in 2000 and was again appointed the Rector of the same institution in 2007 after its take-over by the Federal Government. He has served as a member of the NBTE Board representing the Polytechnic  since 2001 and was in 2007 elected as the Chairman of the Council of Heads of Polytechnics and Colleges of Technology (COHEADS) in Nigeria by his colleagues. 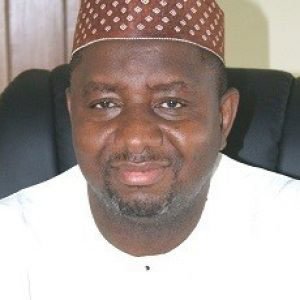