A strategic thinker and an avowed advocate of African Culture and Traditions; born on the 29 th of September, 1957 in Ibadan, Oyo State, in the south western Nigeria. A lover of ideas with bias for details, Abimbola is a professional in economic reengineering, creativity, organizational structuring and advisory services.

A Prince and collector of arts, Abimbola was born into the family of Adebiyi of the Agboole Onilu (Drummer’s Compound) at Itutaba, Ibadan. Therefore, one is not surprised at his proficiency in Yoruba arts and culture.

Modest: and unassuming. A self-made man, the Akinrogun of Ibadanland is a known business magnate with business interest covering many sectors of economy.

He is the Chairman/CEO of Capital 3 Limited, a strategic and business consulting firm with focus on retail market development. He is also the Chairman of Books & Sports Limited, a company with focus on film, documentary production and entertainment. A former Chairman of the Policy Commission on Solid Minerals set up by the Federal Government and the Nigeria Economic Summit Group in 2005 to chat ways for the progress and development of Solid Minerals in the country during the Nigeria Economic Summit, NES 10.

Otunba Abimbola Mosobalaje Davis is the Executive Chairman of International Psychometric Centre, the first psychometric Centre in Nigeria and Africa in
general. An avid golfer, Abimbola is also the President, PoolPlayers Conference of Nigeria, a pool, snooker and billiard games affiliated to World Pool Players Association. He signed Nigeria to participate in the game at the Olympics Games in 2005; the year the game was registered to be part of the Olympics Games.

An award winning playwright and poet, Otunba Abimbola Mosobalaje Davis has written many books, both in English and his indigenous language, Yoruba. Abimbola is married to Olayinka Apeeti Motunrayo with children. 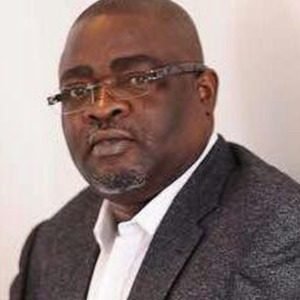